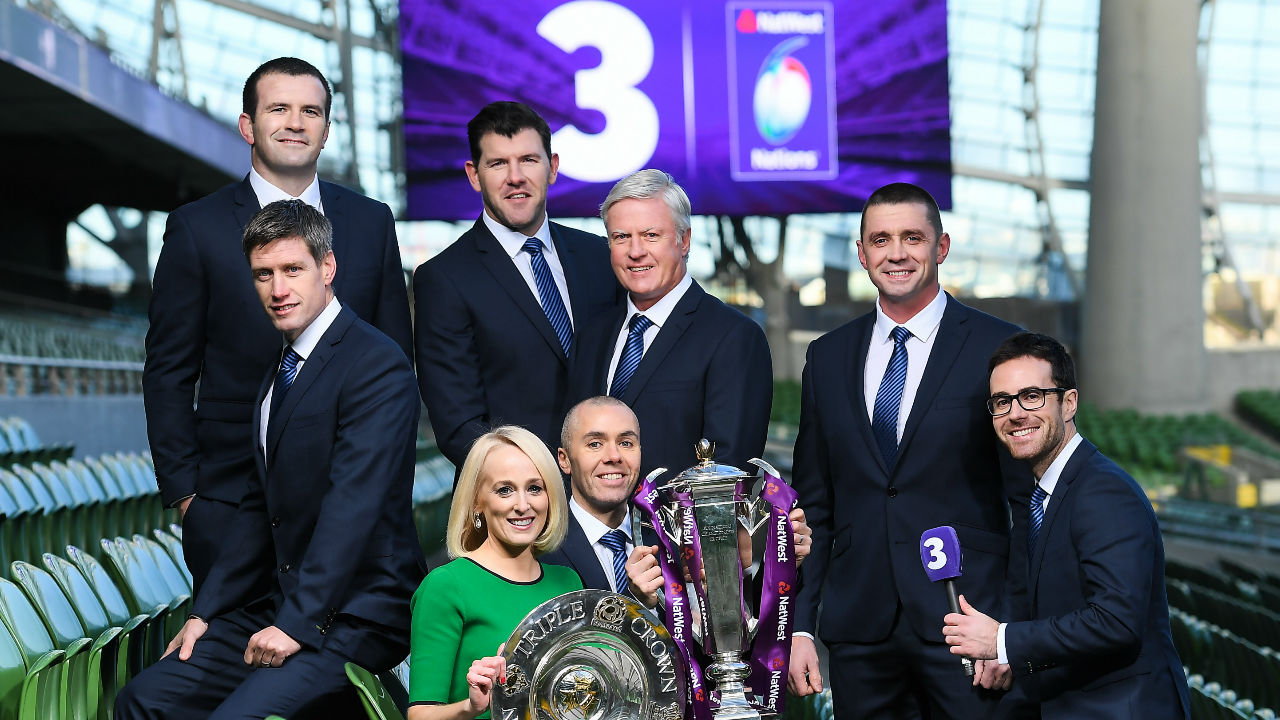 What is on the TV this weekend?

There is a bit of everything on this weekend. Whether its sports, games shows or drama. Let’s start with Friday

The Late Late Show live from RTÉ studios will be on RTÉ1 from 9:35pm: The guests include Marty Whelan and Sinead Kennedy ahead of winning streaks 1000th episode, and Phil Coulter and his wife Geraldine Branagan. They will share their 45-year love story and Phil will perform some of his best-known Eurovision hits, there will be live. Music from Mundy and Kila. Ryan has also invited musician Jayden Lamcellari  (15) to perform on the show. The young man has been playing the cello since he was three and has been accepted into the Royal Academy of Music, London.

Six Nations Rugby Union France v Italy, 7.30PM, TV3 – The Italians travel to the Orange Velodrome in Marseille in a quest of their first win of the tournament. Join Joe Molloy and analysts Matt Williams, Shane Jennings, and Shane Horgan from 7:30pm on tv3

U20s Six Nations Ireland v Wales live from Donnybrook Stadium RTÉ 2 from 19:00PM. Ireland are in action in Donnybrook stadium where they take on Wales. Daire O’Brien presents, with analysis from Brent Pope and Donal Lenihan, and commentary by Hugh Cahill and Ralph Keyes.

Winter Olympics RTÉ 2 from 21:30pm. Highlights of the 14th day’s action from the 23rd staging of the Games, which takes place in PyeongChang, South Korea. Winners were crowned in events such as the ladies combined alpine skiing, men’s 1,000m speed skating, and men’s 4×7.5km biathlon relay, and the men’s ice hockey finals also took place.

Six Nations: Ireland vs Wales match live from Aviva stadium TV3 from 13:30pm. Ireland v Wales (Kick-off 2.15pm). All the action from both teams’ third match of the championship, held at the Aviva Stadium. Let’s hope the winning streak keeps going from the Boys in Green

Winter Olympics live from RTÉ 2 from 18:30pm. Clare MacNamara, Darren Frehill and Marie Crowe present action from the latest events on day 15 of the 23rd staging of the Games, which takes place in PyeongChang.

Boxing live from the national stadium Ireland RTÉ2 live from 19:30pm. Darragh Maloney is joined by Andy Lee and Darren O’Neill to present live coverage of the event from the National Stadium in Dublin. With commentary by Hugh Cahill and Eric Donovan.

Winning streak 1000th episode on RTÉ1 from 20:25pm Marty Whelan and Sinead Kennedy present as the long-running game show celebrates its 1,000th episode, pitting more contestants against each other in a series of games for the chance to win a cash prize of up to 500,000 euros.

Ireland’s Got Talent on TV3 at 19:30pm. Lucy Kennedy presents the series in which performers from all over the country seek to win a cash prize of €50,000.

The Ray D’Arcy Show live on RTÉ1 from 9:55pm. The Saturday night chat-show, featuring an irreverent mix of chat, comedy, and music alongside guests from all walks of Irish life.

The Movie of the weekend: ‘What Richard Did’ on RTÉ2 from 22:00pm. Irish movie based on a true story, a violent confrontation that has unforeseen consequences, and leads to his seemingly charmed life rapidly falling apart. Starring Jack Reynor and Roisin Murphy.

Winter Olympics closing ceremony RTÉ2.After two weeks, the winter Olympics is ending this weekend. It will see the Olympic flag be handed to the Chinese city of Beijing, host of the 2022 Games.

Women’s Six Nations RTÉ2 from 14:30 Ireland v Wales (Kick-off 3.00pm). Live coverage of the match from the third round of fixtures, which takes place at Donnybrook Stadium in Dublin. Commentary from Ryle Nugent and Fiona Coghlan

Dancing with the Stars live from RTÉ1 at 18:30pm. It’s the 8th week of dancing from the remaining couples with another one to be eliminated this weekend.

Room to Improve on RTÉ1 from 21:30pm: In the second episode Dermot Bannon gives a 170-year-old mansion in Fermoy some modern touches, including a luxurious extension complete with a swim spa, gym, and sauna.

Allianz League Sunday on RTÉ2 from 21:30pm: Michael Lyster is joined by Ciaran Whelan, Henry Shefflin and Michael Duignan for highlights and analysis of the weekend’s Allianz League action.