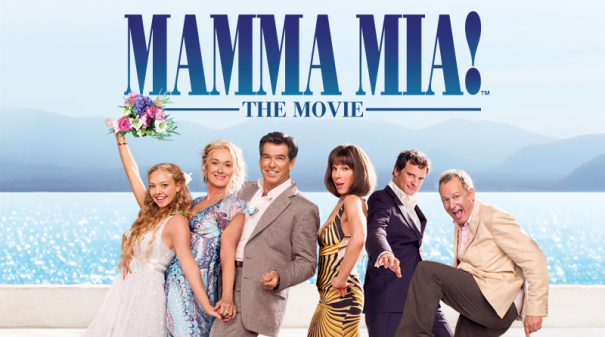 What is on the TV this weekend?

Some great movies and tv on this snowy weekend!

The Late Late Show- RTÉ1 21:35pm –  Ryan Tubridy hosts the light entertainment show, featuring a mix of celebrity guests, music, in-depth interviews and discussions on the stories that have the nation talking.

Les Miserables-  RTÉ2 21:25PM –  Musical, starring Hugh Jackman, Russell Crowe and Anne Hathaway. After 19 years as a prisoner, Jean Valjean (Hugh Jackman) is freed by Javert (Russell Crowe), the officer in charge of the prison workforce. Valjean promptly breaks parole but later uses money from stolen silver to reinvent himself as a mayor and factory owner. Javert vows to bring Valjean back to prison. Eight years later, Valjean becomes the guardian of a child named Cosette after her mother’s (Anne Hathaway) death, but Javert’s relentless pursuit means that peace will be a long time coming.

Kiss the Girls – TV3 21:00PM – Thriller starring Morgan Freeman, Ashley Judd, Cary Elwes and Tony Goldwyn. Successful forensic psychologist Alex Cross (Morgan Freeman) discovers that his niece has gone missing. Once he consults with police Detective Nick Ruskin (Cary Elwes), Cross believes that the disappearance is the work of an insane killer known as “Casanova.” Meanwhile, Dr. Kate McTiernan (Ashley Judd) is kidnapped by this criminal and witnesses many other imprisoned women in his lair. After narrowly escaping, McTiernan teams up with Cross to try to apprehend the deranged Casanova.

Saturday AM – TV3 9:00AM – Simon Delaney and Anna Daly present a mix of lifestyle items, cooking and fashion, and Laura Woods reports on events across the country. Plus, Tommy Martin provides sport updates.

Penguins of Madagascar – RTÉ1 18:35PM – Animated comedy spin-off, with the voices of Benedict Cumberbatch, John Malkovich and Tom McGrath. Heroic flightless birds Skipper, Kowalski, Private and Rico uncover a plot to take over the world. Needing help to foil the evil scheme, they seek out a secret society of animal agents, led by a heroic wolf.

Ireland’s Got Talent – TV3 – 19:30PM – Lucy Kennedy introduces more acts, including an Irish music group from Mayo, a body-popper, a speed rapper, and a young girl following in the footsteps of Barbra Streisand.

Ant & Dec’s Saturday Night Takeaway – TV3 – 21:00PM – The Geordie duo celebrate the 100th edition of their award-winning programme, and put their OBEs to good use as they join a secret service agency staffed by individuals with honours as their latest mystery spoof sketch gets under way. Oscar-winning actor Cuba Gooding Jr is this week’s guest announcer, and Michael Ball and Alfie Boe help out with the End of the Show Show.

The People of the Year Awards – RTÉ1 – 21:45PM – Gráinne Seoige and Aidan Power host the 43rd annual People of the Year award ceremony, celebrating the bravery and determination of members of the public. The ceremony commemorates achievements in a wide selection of categories, including Young Person of the Year, Community Group of the Year, and Sports Person of the Year, among many others. Broadcast live from the Mansion House in Dublin, the show offers the Irish public a chance to honour the most inspiring tales of triumph against adversity in the past 12 months.

Dancing with the Stars – RTÉ1 18:30PM – The remaining six celebrity couples battle it out to avoid the dreaded dance off and make it through to the quarter-finals. Nicky Byrne and Amanda Byram host.

Dancing on Ice – TV3 18:00PM – Phillip Schofield and Holly Willoughby present the semi-final of the skating contest. Only four celebrities remain in the running – and only three of them will be going through to next week’s grand finale.

Room to Improve – RTÉ1 21:30PM – Dermot’s latest client is Christine, an IT manager in North Dublin, who presents him with a 25-page wish list. However, its ambitious contents stretch her budget to breaking point.

Mamma Mia – RTÉ2 21:30PM –  Musical comedy, with a soundtrack of Abba songs, starring Meryl Streep, Pierce Brosnan, Julie Walters, Colin Firth, Stellan Skarsgard and Amanda Seyfried. Donna (Meryl Streep), an independent hotelier in the Greek islands, is preparing for her daughter’s wedding with the help of two old friends. Meanwhile Sophie, the spirited bride, has a plan. She secretly invites three men from her mother’s past in hope of meeting her real father and having him escort her down the aisle on her big day.