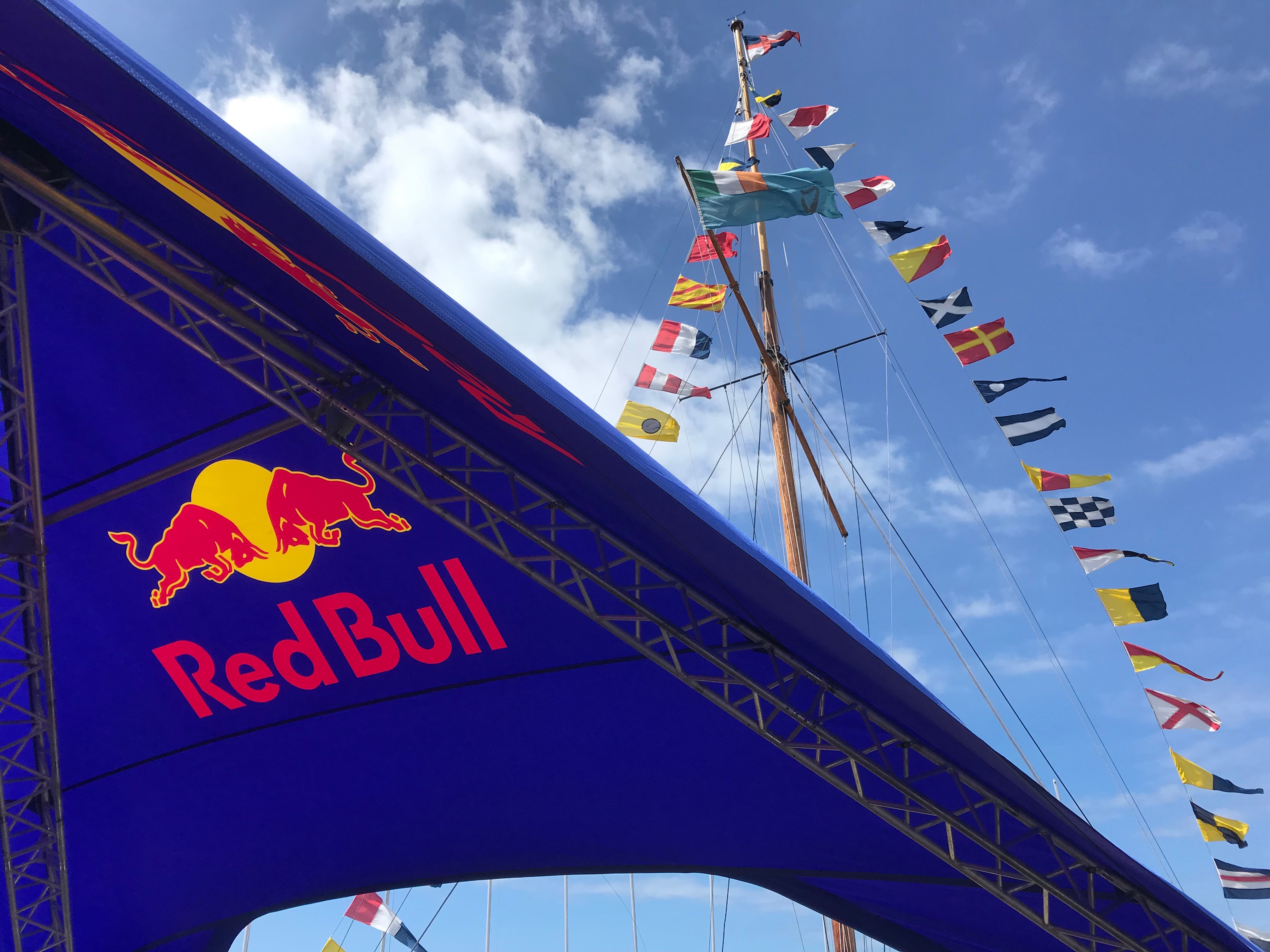 Dun Laoghaire Harbour basked in the sunshine last weekend as the world’s top Cliff Diving athletes competed in the Irish Round of the Red Bull Cliff Diving World Series.

Broadcaster TPC Suisse handled the international TV coverage, rolling in their new UHD1 OB truck for the task. A truly innovative unit, the OB is entirely equipped with the latest IP technology.

Put simply, it means all the onboard tech talks to itself through IP addresses, making the ‘glue’ that holds it all together vastly more flexible and efficient. UHD1 is the world’s first totally IP truck, running uncompressed video and audio data throughout its production workflow.

Production People added a key member to the German/Swiss production team in placing Director/VM Bob Corkey at the heart of the 2-day Big Screen coverage for the capacity 145,000 crowd, who turned up across the weekend at the East Pier quaysides to view the free event.

Just Some of The Equipment…

A certain level of bilingual ability came in handy for Bob as the Swiss team liked to operate a lot through German. VT countdowns ending in “vier, drei, zwei, ein…” came across fine to keep play-ins bang on time. Handiest German word of the weekend? – easy: “gennau!” (exactly).

Event Producer Colm O’Riagain was amazed at the level of popular support from the audience, and the enthusiastic response on Social Media. Onlookers posted hundreds of their favourite images onto the big screens all through Sunday afternoon.

Weather being an all-important factor in the dive sport, sun, wind and water temperature all swung around over the weekend to give the contestants many factors to deal with in the style of Cliff Dive they’d attempt to gain the big score points.

Doing back flips, handstands, somersaults and quadruple spins, the athletes thrilled their Dublin audience as men and women divers gave spectacular performances. A few great sporting personalities emerged from the event action, delighting their Irish hosts with their pre-plunge warmup antics and character dives against the backdrop of panoramic views around Dublin Bay.

You can view pictures and news on the Red bull TV website: https://www.redbull.com/ie-en/events/AP-1RZDSSCB92111