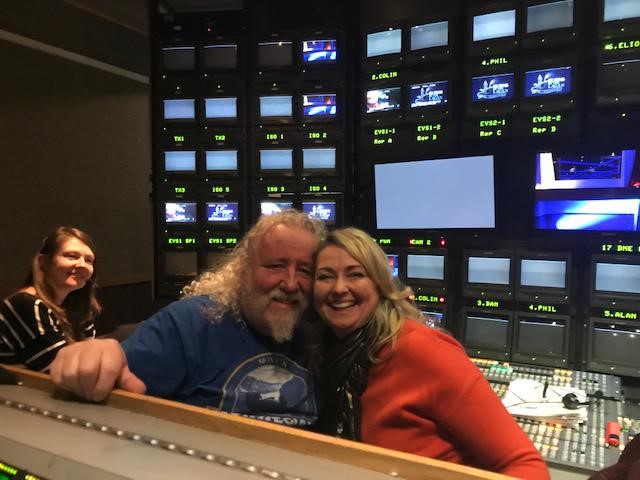 Find Out How To Get In On Burns Night…

Burns Night is an annual celebration on 25th January commemorating the contribution to Scottish culture of the poet, Robert Burns, who was born that day, 1759. The ‘Bard of Ayrshire’ or ‘The Ploughman Poet as he was also known, became extremely popular for the use of themes and everyday humorous language in his poems. His best known work is Auld Lang Syne.

To commemorate Burns night this year, BBC Northern Ireland and BBC Scotland have partnered with Independent Production Company, Tern TV, for a Gala evening of music and performance by some amazing musicians and artists including Phil Cunningham and Aly Bain, Cup O’Joe and Soloists Eddi Reader, Hannah Rarity, Kris Drever and Andy Calderwood along with a house band, solo piper Alan MacPherson and the Ulster Scots Agency Juvenile Pipe Band, all from the Britanic Suite of the iconic Titanic Building in Belfast.

Production People’s Deirdre Ryan was delighted to be part of the crew alongside BBC Scotland Director John Smith and Script Supervisor Helen McKinnon.

Burns is widely regarded as the national poet of Scotland and is celebrated worldwide, with a traditional Burns evening centring around the entrance of the Haggis (a type of sausage prepared in the sheep’s stomach…Yeah we know…) served on a large platter to the sound of a piper playing bagpipes. When the haggis is on the table, the host reads the ‘Address to a Haggis’, (an ode that Robert Burns wrote to the Scottish dish), after which the audience joins in a toast to the Haggis where glasses are raised and voices shout ‘The Haggis!’. ( I might pass on the haggis, but toasting to food is what I’m all about)

Then the time comes to serve the main course with its traditional accompaniment of Neeps and Tatties, a mixture of mashed swede and mashed potato, followed by Tipsy Laird, a delicious Scottish trifle dessert that gets its name by the addition of the famous Scottish Drambuie Liqueur or Cranachan made from oats, raspberries, cream and whisky. I highly recommend this desert which is what I solely survive on any time I visit Scotland. ( It works great as a starter, main course, snack, midnight snack, etc) Traditional kilts are worn by the men and the ladies’ favour a Fluted Tartan Skirt which is full length and worn with a matching top.

If you would like to join in the fun and celebrations with our Scottish friends, tune in to BBC Northern Ireland at 9pm, Friday 25th January, for an hour of songs, performance, pipes and poetry.