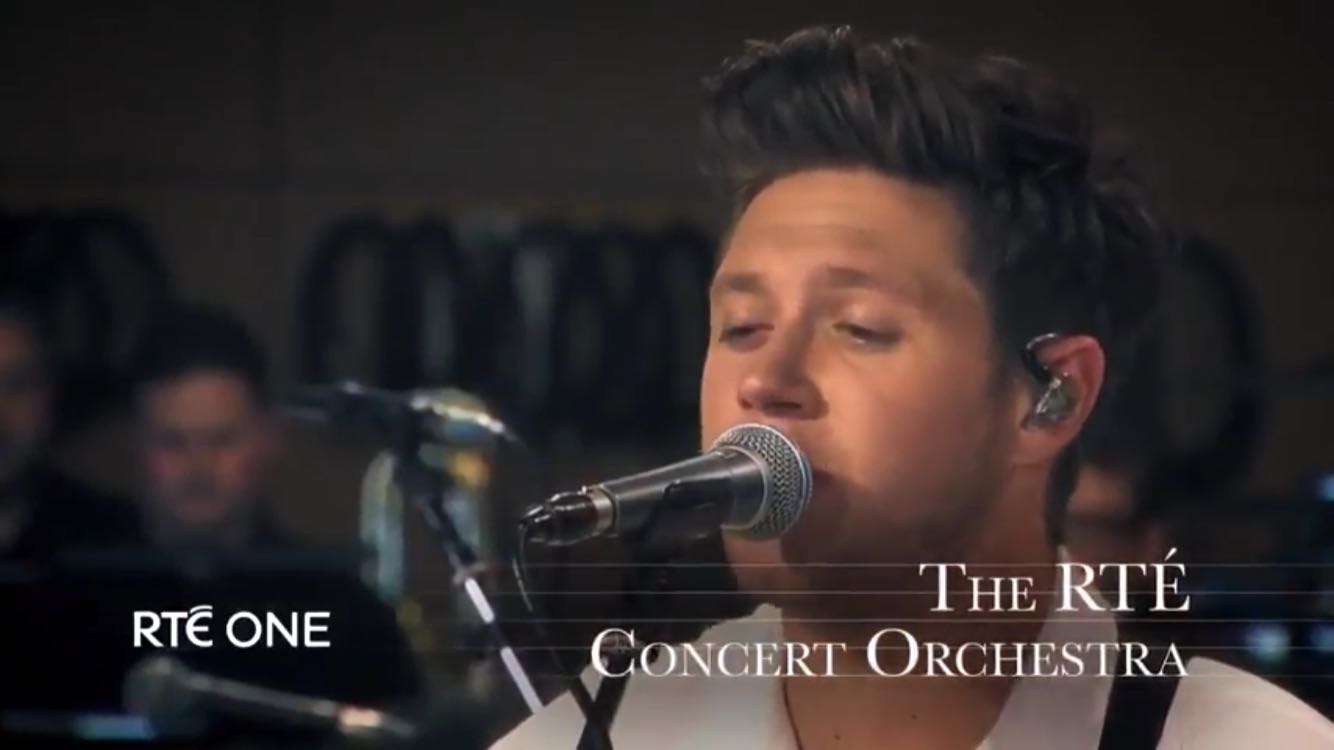 Behind the Scenes of Niall Horan with the RTÉ Concert Orchestra

On April 16th RTÉ Orchestra joined forces with Niall Horan for a special performance of Niall’s album Flicker which premieres this Saturday on RTÉ One. The programme sees the singer-songwriter and his band joined by 45 members of the RTÉ Concert Orchestra and conductor Gavin Murphy, as well as an interview with 2FM’s Eoghan McDermott.

We had the privilege of assigning Kara Kelly as the Production Co-Ordinator for the show. Here is how she got on.

“I was extremely lucky to have gotten the opportunity to be involved with this special programme. I held the role of Production Co-Ordinator which encompassed a number of roles and responsibilities, and I can definitely say I learned a lot from the experience as well as putting so many of my skills to good use as there were such a high variety of elements to this job.” 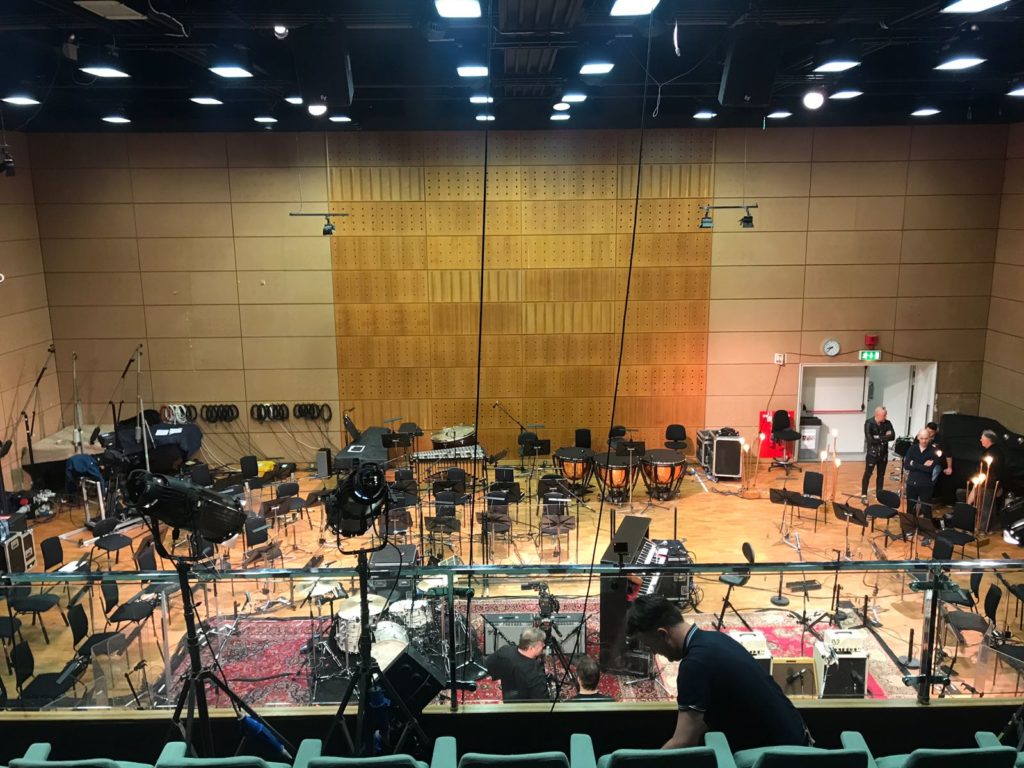 “In the build up to the recording, I was working closely with both the series and executive producers; taking on any work they delegated to me, keeping in constant communication with them to ensure preparations were progressing efficiently and anticipating any issues that might arise for them and doing my best to negate any problems.” 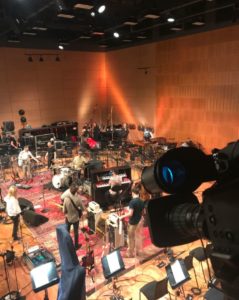 “Over the week, there were 2 rig days and 2 rehearsal days with the orchestra and band – I undertook completing the schedules for these days along with the schedule/running order for the day of the recording. This involved co-ordinating with a number of different parties to ensure smooth running schedules that suited all involved. These included; the RTÉ Concert Orchestra & their managers, RTÉ crew, outside broadcasting company (TVM), the director, producers, RTÉ Planning and Operations, Niall Horan’s management and record label representatives, RTÉ Security, RTÉ design & staging, RTÉ Radio Facilities managers, RTÉ Make Up and Wardrobe, and the RTÉ Canteen. This was a challenging task but one I thoroughly enjoyed. It involved ensuring sufficient break times were allocated, making sure each day ran as smoothly and efficiently as possible and ensuring the right people were in the right places at the right times.”

“Along with being in constant communication with my producers, I also dealt with Niall’s management and record label to ensure they were satisfied that everything would be running in a smooth manner for them, as visitors to the RTÉ campus. I worked with RTÉ Facilities to organise dressing rooms and warm up rooms, and with the RTÉ canteen on organising catering for all the staff and anyone involved in the production on the day.” 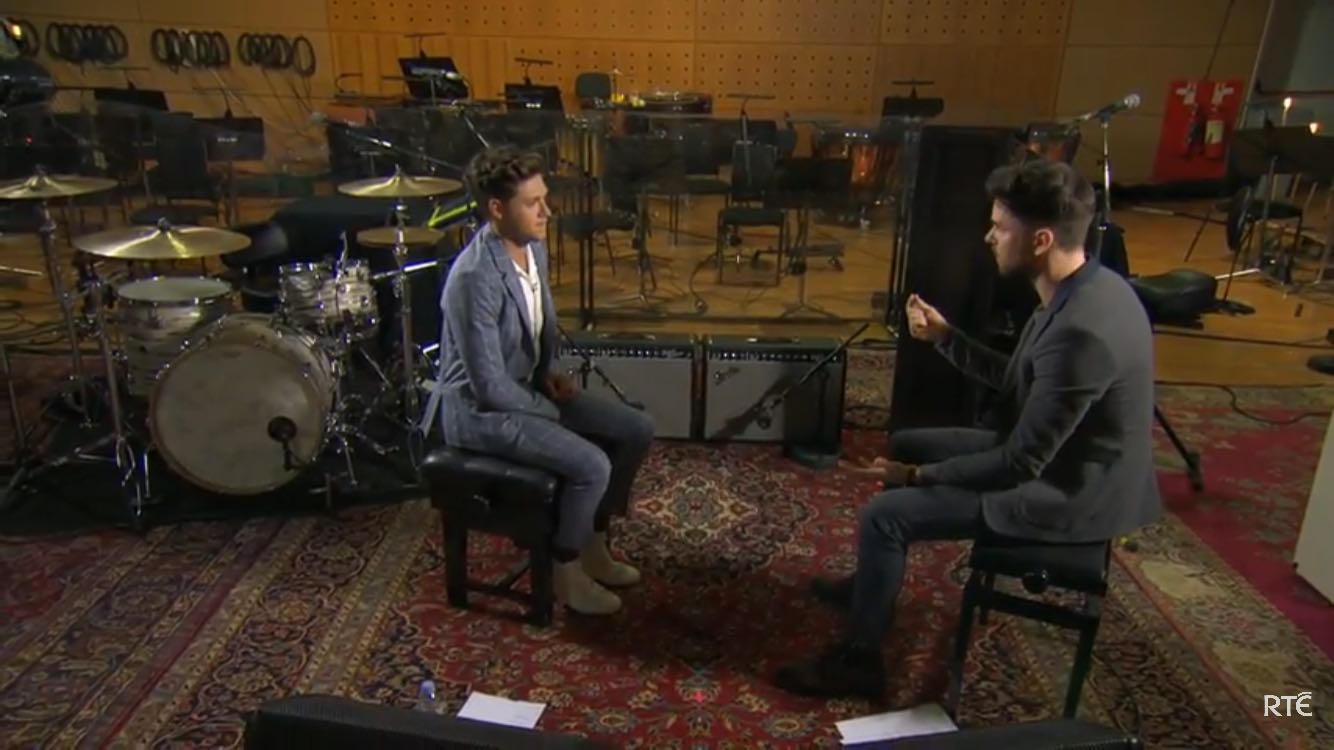 “I also co-ordinated with RTÉ security to ensure a sufficient security presence was seen on the day. In addition to these roles, I also ensured that any relevant paperwork (schedules, running orders etc) were distributed to all the relevant parties on the day – from the floor manager to the director. I undertook the Risk Assessment of the production along with the series producer – we kept in close communication with the Health and Safety Officer in working on this.” 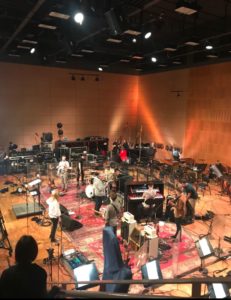 “As the recording took place in the RTÉ Radio Centre, and as it is a very busy working environment, I made sure the building was sufficiently sign posted so that both radio staff and those of us involved in the production would be aware of the production taking place to ensure minimal disruptions on the day of the recording.”

“Along with all of this, I also worked with the executive producer to keep him informed in his work on the budget. As I was looking after a lot of bookings for the programme, I relayed all of this information to him, as well as keeping him briefed on different options and costs for the production. I had amazing help from Nikki Rocca every step of the way, as well as the production runner on the day, Carl Gilroy.”

“Overall, it was an amazing opportunity, and a fantastic show to get to be involved in. The orchestra, Niall himself and his band all sounded amazing on the day so I can’t wait to see the finished product!”

Well done to Kara and everyone involved with the show.

Niall Horan with the RTÉ Concert Orchestra airs on RTÉ One at 6.55pm on Saturday, May 12.